O-1 Visa Program – for those of extraordinary ability 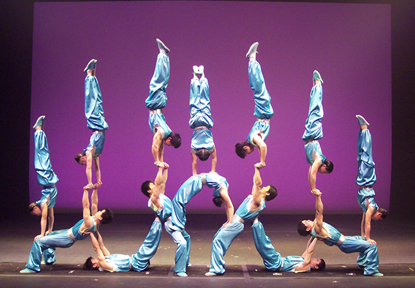 The O-1 Visa category applies to foreign nationals to permit temporary travel in the U.S. if the applicant possesses extraordinary ability in the sciences, education, business, or athletics.

In addition to O-1 Visas available for those of extraordinary ability, O type visas may also be granted to support staff for any such applicant (O-2 status) as well as the spouse and/or children of such applicant ()-3 status).

In order to qualify, the applicant must be coming to the U.S. to work in his or her area of extraordinary ability or achievement.

As with other work related visas, an application under the O program should be sponsored by a U.S. employer. The employer needs to file a petition under Form I-129 that includes the following information (with respect to all fields other than the arts, motion pictures or television):

In the event that the criteria listed above do not meaningfully apply with respect to the applicant’s field of endeavor, an application may submit evidence that demonstrates a comparable level of extraordinary achievement.

The O-1 category also provides a basis for visas to be issued temporarily to applicants who have extraordinary ability in the arts or extraordinary achievement in the motion picture or television industry.

A U.S. employer should file the I-129 petition with:

• Performed or will perform services as a lead or starring participant in productions or events which have a distinguished reputation as evidenced by critical reviews, advertisements, publicity releases, publications, contracts or endorsements;
• Achieved national or international recognition for achievements, as shown by critical reviews or other published materials by or about the individual in major newspapers, trade journals, magazines, or other publications;

• A record of major commercial or critically acclaimed successes, as shown by such indicators as title, rating or standing in the field, box office receipts, motion picture or television ratings and other occupational achievements reported in trade journals, major newspapers or other publications;

• Received significant recognition for achievements from organizations, critics, government agencies or other recognized experts in the field in which the applicant is engaged, with the testimonials clearly indicating the author’s authority, expertise and knowledge of the applicant’s achievements;

• A high salary or other substantial remuneration for services in relation to others in the field, as shown by contracts or other reliable evidence.

If the above standards do not readily apply to the applicant’s particular situation, the petitioner may submit comparable evidence in order to establish eligibility.

O-3 Dependents
Spouses and minor children (dependents) of O-1’s are admitted under O-3 status with the same restrictions as the principal. No work is permitted in the U.S. under this visa classification.